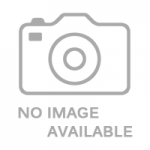 Efiom Asuquo is a 1978 graduate of English from the University of Ibadan. Her romance with the course started in her nursery and primary school days in Corona School, Apapa and the University of Lagos Staff School where her English Language oral and written skills were developed. The interest continued in her secondary school days at Holy Child College, Obalende (Ordinary Level) and St. Teresa’s College, Ibadan (Advanced Level).

She worked as a producer/presenter in Rima Radio, Sokoto in 1978/79 during her National Youth service year. She thereafter joined Federal Radio Corporation of Nigeria, Ikoyi as a Producer in Women and Children’s Department. After her stint with broadcasting, Ms. Asuquo took up employment with National Insurance Corporation of Nigeria where she worked for almost 20 years. She became a Chartered Insurer and worked in Lagos, Jos and Kaduna Area/Zonal offices and Training School. She later bagged a Masters degree in Public Administration from the University of Lagos. Besides having a penchant for volunteering, which saw her becoming a onetime Administrator of Nigeria Society for the Blind, Efiom has a flair for writing and serves as Language editor with Diamond Publications.