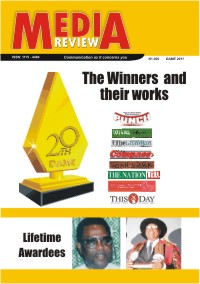 And The DAME Turns 20

This 20th edition of the Diamond Awards for Media Excellence (DAME) has come with a lot of twists and turns. It is the first time the organizers would give posthumous awards. When the trustees considered the five nominations for Lifetime Achievement awards, they approved twoProf. Alfred Opubor, foremost communications teacher and Mr. Alex Ibru, astute publisher of the Guardian titles. The other three were to be considered in later years. In line with DAME practice the nominees are not normally unveiled until a week to the event. Nobody knew that Mr. Ibru would pass on November 20, aged 66, three weeks before the event. As if that was not shocking enough, no one envisaged that Prof. Opubor……..Read More 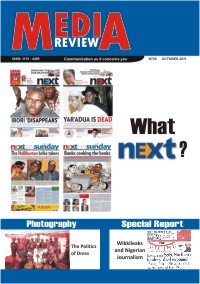 What next for NEXT?

After about thirty two months of continuous publication, Next newspapers has abandoned its weekday and weekend print editions and now appears online only. Next’s last print edition rolled off the press on September 25, 2011. This decision to publish online was forced by financial difficulties, arising from a lack of steady advertising revenue, inability to grow newspaper readership because of poor circulation strategy, and hostile economic conditions. This initiative to publish solely online is geared to eliminate the high cost of printing and circulating the paper, as well as make it timelier…….Read More 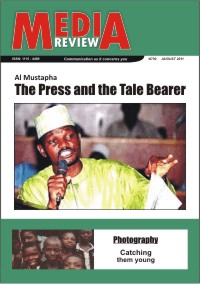 The Al-Mustapha trial is probably the longest murder case ever held in Nigeria. The high-profile murder case, which began in 1999, has suffered one delay after another with both prosecution and defence lawyers accusing each other of deliberately stalling the court process. Al-Mustapha, former Chief Security Officer (CSO) to former Military Head of State, Late General Sani Abacha, along with former Lagos State Police Commissioner, James Danbaba, former Zamfara State Military Administrator, Jibril Bala Yakubu, former head of the Aso Rock mobile police unit, Rabo Lawal, and a civilian informant, Lateef Sofolahan, were charged with the attempted murder of The Guardian publisher, Mr Alex Ibru, and complicity....…..Read More 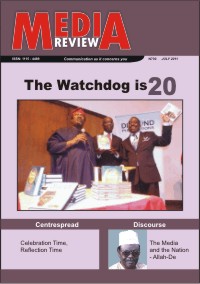 And the Watchdog rolled out the drums

The event was billed to start at 11am. As early as 9.30am, two of the reviewers who came from out of station were already seated. For the bulk of the guests coming from various quarters in Lagos, who probably thought they could breeze into the venue, it was a different story. Unbeknownst to many, it was the day Nigeria’s President, Goodluck Jonathan and his visiting British Prime Minister guest, David Cameron chose to come to town. Cameron had a lecture to deliver at the Pan African University, Ajah on the outskirt of central Lagos and Jonathan had chosen to fly in from Abuja meet with Cameron in Lagos to discuss bilateral issues. ...…..Read More 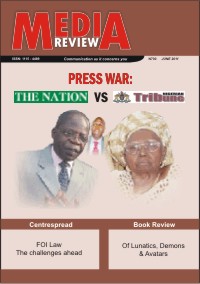 The columnist, The matriarch & Public opinion

These are the strong adjectives being used to describe Sam Omatseye’s recent comment about the family of late politician and elder statesman, Chief Obafemi Awolowo. Omatseye, chairman of the editorial board of Nation newspapers, ruffled feathers by describing the family of the late sage as an unworthy successor to his political legacy. His piece prompted a storm of comments in the media, political quarters and the wider online sphere. In the ‘offensive’ article, “Awo family without an Awo”,published in The Nation, June…….Read More 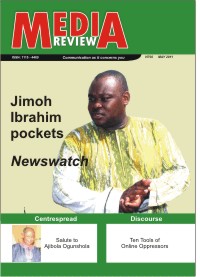 The Takeover at Newswatch

Newswatch, the newsmagazine that changed the landscape of magazine publishing twenty six years ago, now has a new owner. Thursday, May 5, 2011, Jimoh Ibrahim, lawyer and businessman, touted as Mr. Turn around, successfully acquired 51% majority shareholding in the magazine, raising questions about the future of the publication. Mr. Ibrahim, who already owns National Mirror, has taken over Newswatch at a time the company was battling with a mountain of debts, arising from the harsh business environment, poor sales and dwindling advertising income, and need to reinvent the publishing industry…….Read More 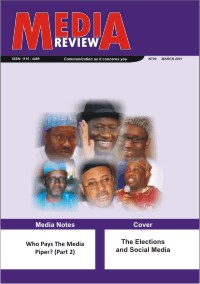 A TIME TO TELL

Diamond Publications in partnership with Tell Communications, publishers of Tell magazine, presented two books May 17 to mark the 20th anniversary of the magazine. At a daytime ceremony at the Expo Centre of Eko Hotel, Victoria Island, Tell unfolded its two babies, TELL: Courage in Print and OPILOGUE: Not a laffing matter. The former is a 600 page compilation of selected cover stories, interviews, editorials and individual opinion articles over the last twenty years. The latter is a compilation of columns written by Dele Omotunde under the title Opilogue, which pokes fun at the foibles of the high and mighty by employing a dialogue format to pass opinions on issues of the day …..Read More