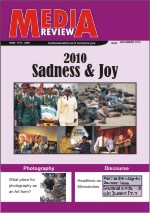 As the year 2010 draws to a close, it is a fitting time to reflect on what the year has meant for the media and the Nigerian society, using some developments in our politics, sports, and within the media itself as references. The year started on a note of uncertainty for the country’s political direction. President Umar Yar’Adua’s illness and its management was the most defining occurrence; it threatened the country’s existence and almost rubbished our democratic experiment as insecurity fuelled by the greed of a tiny power clique and thinly disguised ethnic considerations conspired to lay the country prostrate……Read More 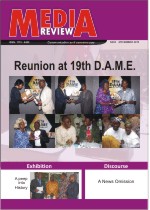 Everything pointed to an evening of fun on Sunday, November 21, at the Lagos Sheraton, venue of six of the nineteen presentations to date of the annual Diamond Awards for Media Excellence. Men and women in their Sunday best had turned out promptly at the advertised hour to honour the new inductees into the DAME Hall of FAME. Their enthusiasm was, however, put on hold for awhile as an earlier event at the same venue ate into our booked time. The result was a mad rush to get the venue ready. …..Read More 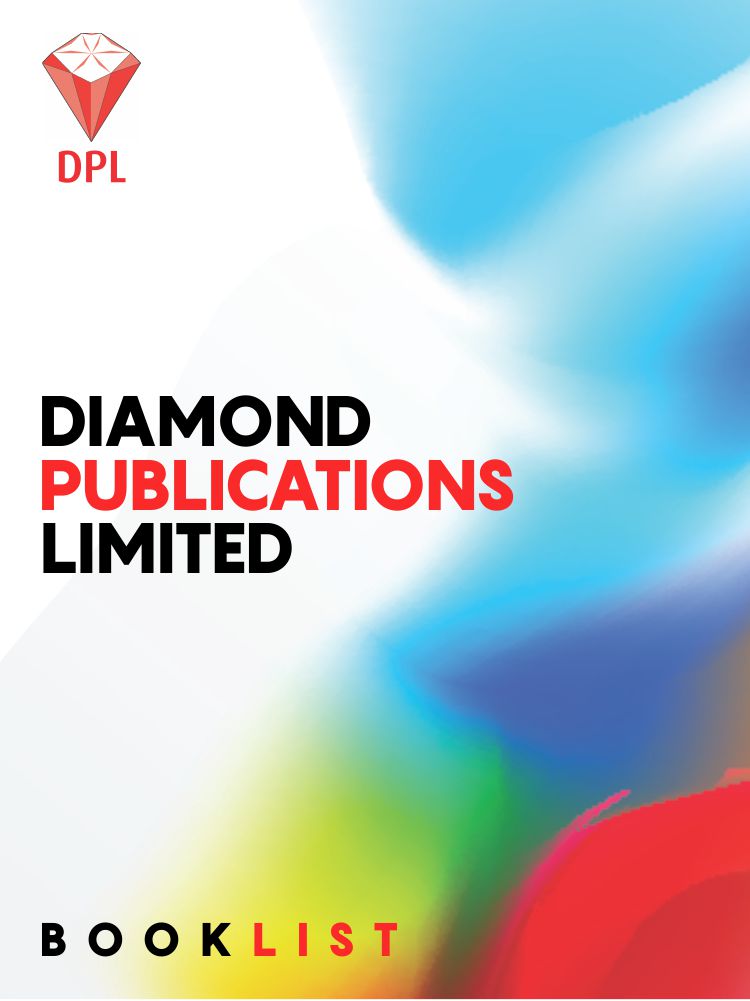 Mohammed Ibrahim’s foray into the media began in 1961 when he joined the Nigerian Broadcasting Corporation as Programme Assistant. He was seconded to the BBC African Service from 1964 to 69. During that period he enrolled at the London School of Journalism for a two year programme and attended various professional and Broadcast Management Courses at BBC Training School. He served as Head of News, Radio Television Kaduna, 1970 to 76. In 1971, he attended Syracuse University, New York for a Broadcast Management course and in 1979 he was at ESSEC Paris France for a programme in Management of Public Enterprises…….Read More

Where should a press interview hold? What time of the day can it hold? Who should cover such interviews? Should journalists collect money from their subjects? What should guide normal conduct between the press and its publics?

If these sound like ‘Introduction to Reporting’ for a university sophomore, please understand. The subject on whom these questions revolve around is no ordinary person. Courted and feared at the zenith of his influence, he has seen it all. He has as many friends as foes; in the media and the larger society. His activities attract so much passion that it is difficult to be neutral towards in the Nigerian media……Read More 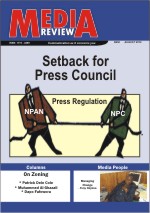 Coping with a curious omission

It was a face saving reporting when a handful of newspapers announced on their front pages July 26 that the Federal High Court sitting in Lagos had ruled that the NPC Decree No 85 of 1992 and NPC (Amendment) Decree No 60 of 1999 were incompatible with society’s standards. “Court proscribes Nigerian Press Council Act”, says the Guardian. “Court voids Nigerian Press Council law”, echoes Vanguard. Readers would be forgiven if they felt they were learning of a recent event, but instead it was stale news, coming 151 days after the event. When the press finally woke up from its slumber it conveniently forgot to mention that a notice of appeal had been filed against the celebrated judgment since May 24. …..Read More 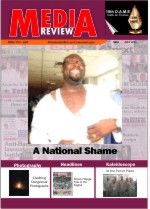 The free-for-all fight among legislators of the House of Representatives in Abuja, June 22 ranks as one for the defining stories about Nigeria’s political life in June. It was the day the rancorous lower chamber of Nigeria’s bicameral legislature settled disagreement with fisticuffs. Visiting secondary students who were there to observe at close quarters how the business of law making is conducted were instead introduced into a banal side of Nigerian politics. …..Read More

Football’s greatest event has berthed in Africa. The World Cup, 80 years after it was first held in Uruguay, is here for all of Africa, and truly the world, to savour. It is a refreshing change that Africa is truly the centre of the world for a month, June 11 to July 11, 2010 for something exhilaratingly positive. In Nigeria, all sorts of promotions are ongoing in the media in the determined effort to get a good share of the audience’s attention. Predict and win football results, quiz programmes to test the public’s understanding of the sport, are some of the defining contents of these promotions. ...…..Read More 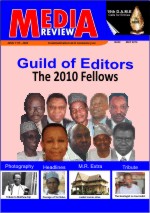 The Nigerian Guild of Editors, the elite club of news managers, has named 15 recipients of its fellowship for 2010. Ahead of its sixth annual conference scheduled for Port Harcourt, June 3-5, the Guild said the fourteen men and one woman had been carefully selected after meeting the parameters established to screen nominees. The 2010 fellows are: Ms. Amma Ogan, editorial director, Timbuktu Media, publishers of NEXT; Messrs Muyiwa Adetiba, Nduka Irabor, Ibe Njoku, respectively publisher of City Mail, former editor of African Guardian, and former editor of Daily Champion. Mallams Usman Megawata and ……Read More

The public notice that Steve Ayorinde, erstwhile editor of the Punch, was disengaging was innocuous enough. A notice in his column in February had indicated it was time to leave. He had merely informed his readers that they would meet again in future. On March 1, he penned an angry letter to the nine Punch directors that his exit had been forced by the executive director, publications, Mr. Azu Ishiekwene, in circumstances which indicated a conflict of interest…….Read More